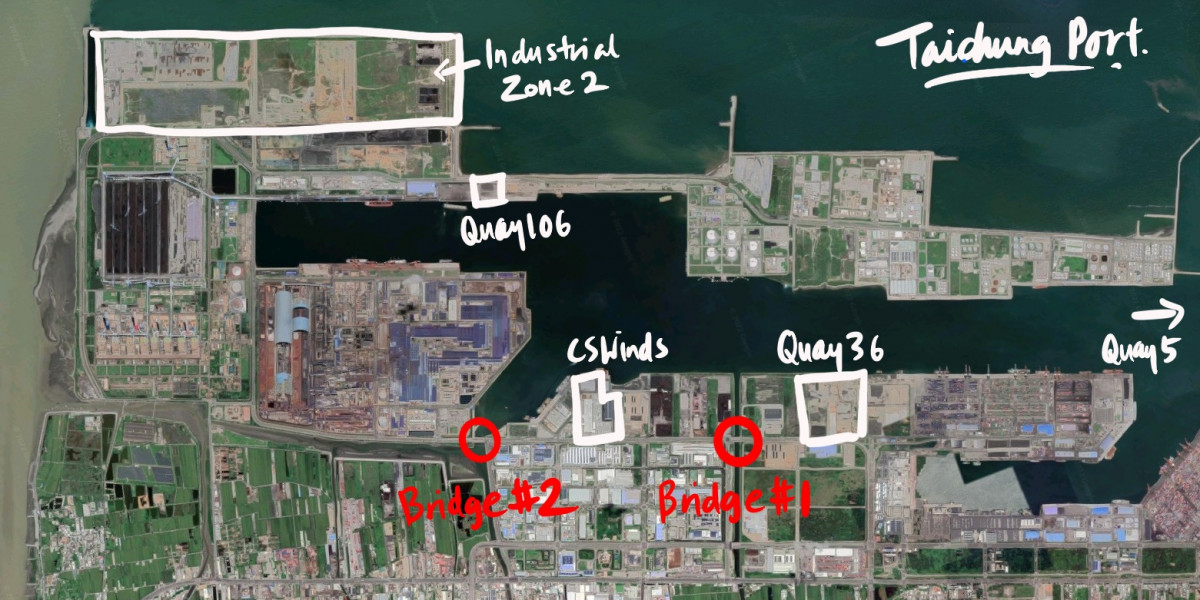 It’s just 20.6 miles from Siemens Gamesa’s (SGRE) nacelle factory in Taichung harbor to Quay 36, where the turbines for Orsted’s Greater Changhua Offshore Wind Farms are pre-assembled. But transporting nacelles that short distance can take days, and it can be just as costly as transporting the same component all the way from Europe.

To find out why, I took a trip down to Taichung harbor to pay a visit to SGRE’s Taichung office.

“That’s a billion US dollars worth of kit sitting over there,” said John Colyer, Head of Construction APAC for SGRE. Colyer was waving his hand over nacelles and tower pieces destined for wpd’s Yunlin OWF. It was the first time I’d seen wind turbine components up close. I knew they were big, but it wasn’t until I saw them that I really understood the scale.

Every piece of that kit had to make it from one side of the harbor to the other either by road or by barge. Before 2020, the nacelles were typically transported via the ground route, which requires passage over one or both of two bridges: Chung Nan Bridge Number One and Chung Nan Bridge Number Two. However, there have been frequent changes in Taiwan International Ports Corporation (TIPC) policy regarding what can or cannot go over those bridges, including a new weight limit of 205 tonnes in 2020. Previously there was no limit to the weight that could go over the bridge, and usually, bridges are rated for uniform distributed load expressed as tonnage per square meter, allowing the same tonnage to be transported on a longer trailer that can spread the load. But TIPC simply gave a total weight limit of 205 tonnes, meaning the nacelles will have to be barged.

The impact of having to transport a wind turbine component by barge rather than by road is substantial both in terms of time, and money. Take for example the nacelles for SGRE’s SG 8.0-167DD turbines, which weigh 392 tonnes plus trailer weight.

Back when they were transported by road, Colyer explained, they would be loaded at night on a 16-18 axle Self Propelled Modular Transporter (SPMT). The SPMT is like a giant caterpillar you can snap more pieces on so that it can carry more stuff. With a staff of 20 to monitor its progress and a police escort, the SPMT makes its way from SGRE’s nacelle factory in Industrial Zone 2 to Quayside 36 over the two bridges at a leisurely walking pace. The cost? Roughly US $10,000.

With the TIPC policy change, the cost of transporting the nacelles ballooned to an estimated $120,000 per nacelle, along with considerable and unpredictable delays.

I took a ride with the SGRE team down to Chung Nan Bridge Number One. To my untrained eye, it was an unremarkable structure, about 50 meters long. Chung Nan Bridge Number Two is a little longer at around 80 meters long. As it is, nacelles can no longer go over the bridges. But come 2025, if they have not been replaced with sturdier bridges, the costs will balloon as even the tower sections for the next generation of 14+MW mega turbines become too heavy to go over them. 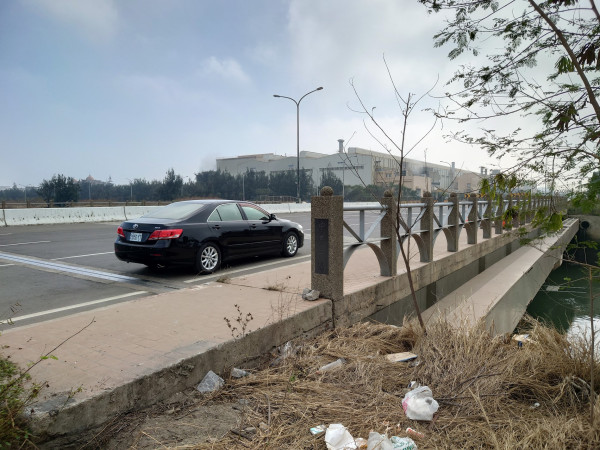 At Quayside 107, I see a barge with two nacelles loaded in already, with room for two more. Because the nacelles could only be loaded at high tide, two per night, it takes two days to fill the barge with four nacelles, at which point the barge makes a two-hour journey across the harbor, where it will take another two days to unload. All this is dependent on the weather.

“Because we have to transport the nacelles to Quay 107 by road first, they are being double-handled, adding to the cost,” said Colyer. “There are also often considerable weather delays.” 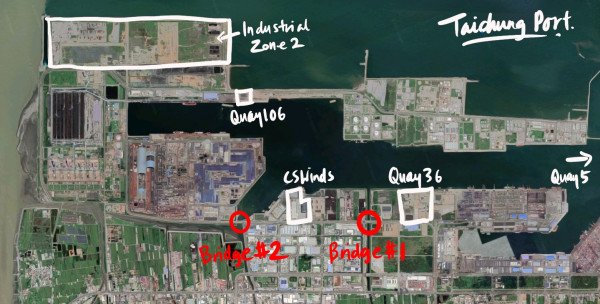 Taichung harbor is Taiwan’s main offshore wind installation harbor. It is also a key part of Taiwan’s plan to become the APAC region offshore wind hub, with a projected 2GW worth of kit to be exported from the manufacturers of Industrial Zone Two per year once all the factories are up and running. In addition, three offshore wind projects are going to be under construction every year.

The busy harbor simply has no time and space to accommodate so many components being barged, said Colyer. “If you don’t fix the bottleneck, both domestic and export activities are compromised.”

it’s hardly only an issue with SGRE that Taichung’s port infrastructure are not up to scratch. Indeed, I first became aware of the issue of Taichung Port’s concerning infrastructure shortcomings during Vestas Taiwan General Manager Alex Robertson’s talk during the 2021 GWEC Taiwan event. He contrasted a port like Taichung to a port like Denmark’s Esbjerg, a capacious and well-provisioned port that helps accommodate the rapid accelerating growth of Denmark’s offshore wind industry.
. . .

Given the scale of Taiwan’s offshore wind ambitions, it’s puzzling that there isn’t a plan in place to make the Port of Taichung fit for the industry. The two bridges are just one example of both cost and efficiency being sacrificed due to inadequate infrastructure.

TIPC told Unredacted that they are looking into constructing a purpose-built toll bridge to accommodate heavy traffic, although there are no dates yet associated with the proposal and time is running out to prepare Taichung harbor for the mega turbine components coming starting 2025.

When New York State kicked off its offshore wind development earlier this year one of the first thing Governor Kathy Hochul announced was a US $500 million investment in infrastructure upgrades, including to the ports.

How serious can we be about that ambition unless we find a way to rebuild two very ordinary bridges or otherwise provide the shiny new factories of industrial zone two with another way of transporting components by road?

And if we are not serious about exporting, why is the taxpayer footing the bill for the eye-watering cost of local content requirements?