Unredacted An Offshore Wind Construction Worker Died on the Job. Why Aren't We Talking About It?

An Offshore Wind Construction Worker Died on the Job. Why Aren't We Talking About It? 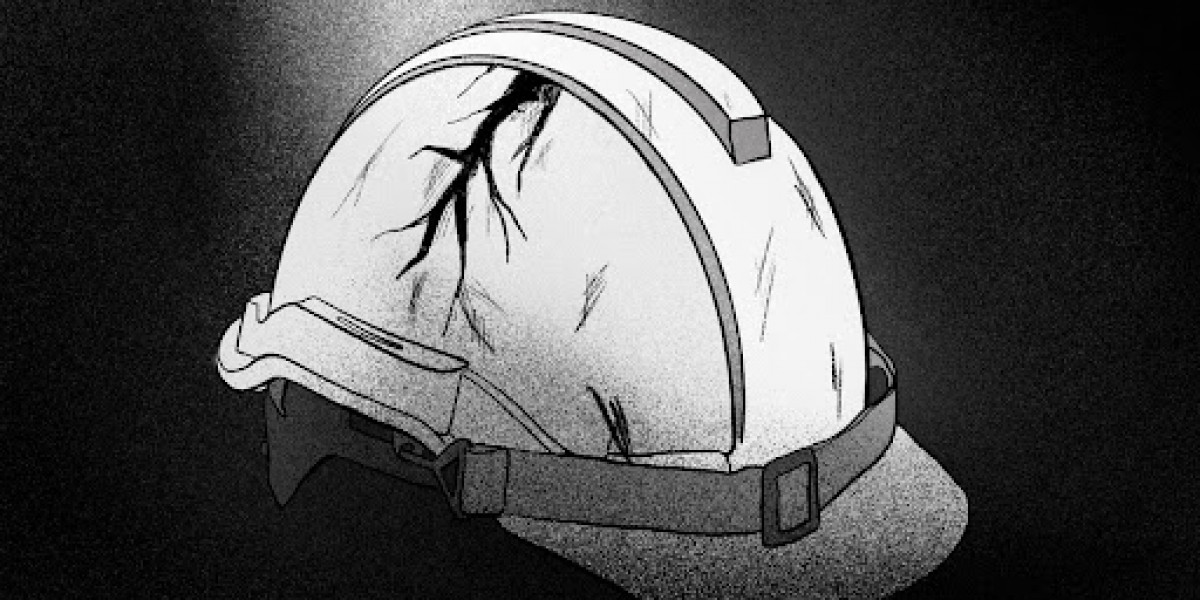 In late October, I got a confidential tipoff that a worker had died while building Taiwan’s offshore wind farms two weeks earlier. The story, while tragic, wasn’t something I could cover for the Taipei Times, where I worked as a business reporter at the time. Still, this was the first work-related death I’d heard of in an emerging industry, so I asked around about it.

As I gathered more details, I became increasingly concerned. The incident involved an Indonesian crew member on his first day on the job at wpd’s Yunlin OWF, according to multiple sources off-the-record. He was working in the engine room of the Willem De Vlamingh, a support vessel for Belgium dredger and EPCI group Jan de Nul. He was crushed by a hydraulic door on October 9th and discovered at 5:30p.m. In the afternoon.

The critically injured worker needed to get to the hospital as quickly as possible, but first, the ship managers had to scramble to get permission to bring him on shore. The vessel was docked a short drive from the National Cheng Kung hospital in Tainan, and under normal circumstances, EMTs could have had him there in 15 minutes. Hospital transport was delayed because of COVID concerns; one source estimated the delay at half an hour; others put it at over an hour. Regardless of the exact interval, it was too long for the life-threatening circumstances, and the man died en route to the hospital.

Foreign offshore workers are uniquely vulnerable in a medical emergency. While Taiwanese nationals or those with ARC (Alien Residency Certificate) cards only require CDC permission to come ashore during an emergency, foreign workers are effectively trapped on their ships until burdensome paperwork can be processed. I was stunned to learn that as this injured man lay near death, the ship managers had to get sign-off from three separate government entities. Approvals were required from the National Immigration Agency, the Center for Disease Control (CDC) and the Maritime Ports Bureau. Given these hurdles, it seems miraculous that he got off the vessel in an hour. It is unclear whether this case was expedited in some way because of the severity of the situation. 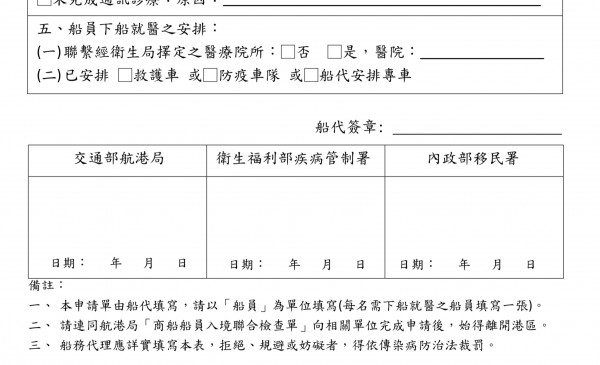 The above image shows part of a form for requesting medical help for crew, showing the “three stamps” required.

COVID-19, of course, has added an extra hurdle for those entering the country, which even Taiwanese citizens are subject to. And yet in this particular case, even the CDC stamp seems of questionable value. The Willem de Vlamingh was designated a “green” or “clean” vessel, meaning everyone who got on it from abroad was PCR-tested multiple times before being quarantined and then sent straight to the boat. The likelihood that COVID had snuck onto the vessel and then not been detected in the form of an outbreak was slim at best.

It’s unclear whether the Indonesian worker could have survived even with timely medical intervention, given the severity of his injuries, but that he didn’t have that chance is a tragedy, and points to an urgent need for policy change.

The deceased worker is far from the only victim of this policy. In fact, the one-hour turnaround he got for his papers was exceptionally fast; offshore workers with non-life-threatening emergencies have suffered during much longer waits. A British man had the misfortune of having a toothache on a Friday while aboard a vessel. A doctor confirmed via telemedicine that he urgently needed a root canal, but he was unable to collect the three permission stamps before the bureaucrats got off work at five or five-thirty, leaving him stuck on his vessel in excruciating pain for the whole weekend. Another foreign crew member hurt his knee so badly that it swelled “like a watermelon”; he languished on board his vessel for more than twelve hours.

The current regulations for offshore workers getting ashore pose not only humanitarian issues, but business ones as well. Getting foreign workers on and off of vessels has become such a headache that in the 2021 construction season, some companies chose to go to Japan, Hong Kong or Singapore for crew rotation. Already, some vessels are choosing not to return to Taiwan again next season, potentially jeopardizing Taiwan’s offshore construction schedule.

The offshore wind industry must also draw lessons from the fatal accident. A man on his first day on the job died, and the industry would do well to learn from it. Offshore wind construction workers face a greater risk of injury than oil and gas workers because the industry is young, and hasn’t yet learned how to bring down incidents through awareness and behavioral training.

Unfortunately, the industry seems inclined to sweep this incident under the rug. There are no plans to share the findings of the official Occupational Safety and Health Administration (OSHA) investigation; my source at OSHA told me the investigation results would only be shared with stakeholders.

A senior HSE advisor who wishes to remain unnamed said the incident should have been reported to the International Marine Contractors Association (IMCA) and the details candidly discussed. Transparency around incidents like this one provide a path to greater safety.

“It is essential to be able to openly discuss incidents, meaning all companies can look to mitigate the possibility of similar incidents. Instead, this incident has been hushed up, and the lessons learnt from root cause analysis are not being shared.”

We have very little time to address the unnecessary risk imposed on hundreds of seafarers before Taiwan’s construction season starts again in March. We need to bring the no-blame culture in the global marine contractors’ community to Taiwan. An accident as small as a deckhand getting splashed in the eye after opening a paint might be logged and shared with key takeaways to stop other companies from having the same accidents.

But in Taiwan, there was a fatality, but no public report that I can find. It’s as if this man simply vanished into thin air.

I still don’t know his name.

CORRECTION AND UPDATE: In a previous version of this post, I wrote that the man immediately lost consciousness upon his accident. This was not correct. He in fact retained consciousness for a substantial part of his ordeal. The captain’s report also suggest that lack of urgency on the part of the emergency medical workers could have contributed to his delay receiving timely care.