Unredacted Strength in Numbers: The Case for A Joint Naval Survey Operation in Taiwan

Strength in Numbers: The Case for A Joint Naval Survey Operation in Taiwan 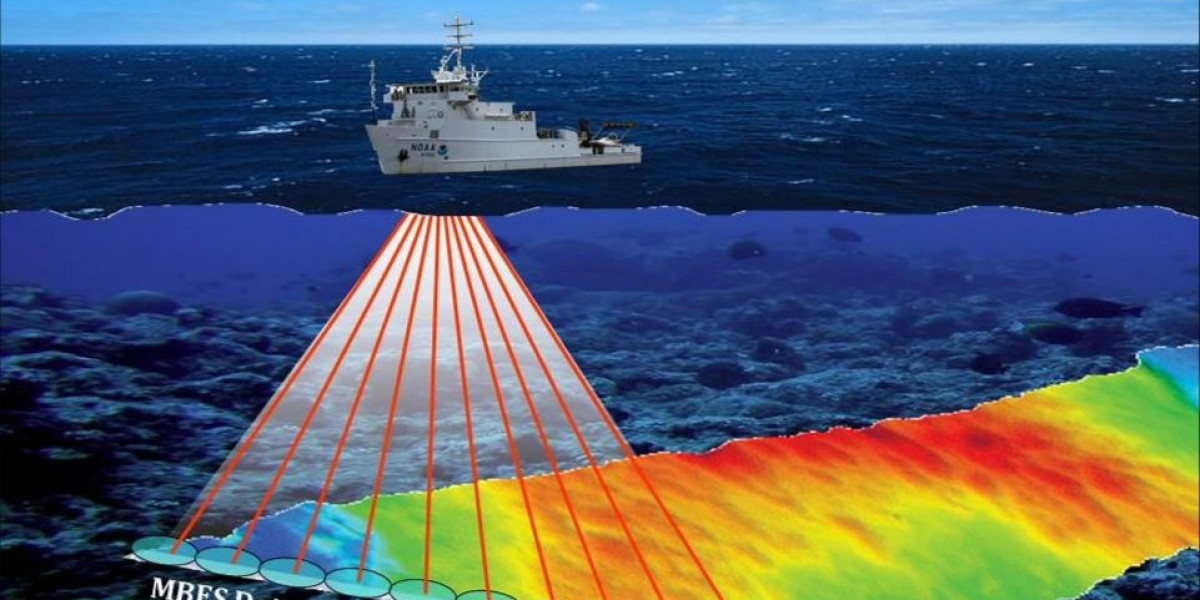 Editor’s note: Ms. Asher’s opinions are her own and do not necessarily reflect the views of this publication.

Amongst other things, I am a hydrographer. More specifically, a FIG/IHO Hydrographic Surveyor (Category A). Hydrography starts at sea level and ends at the seabed. We study the water column, tides, subsea positioning and more. Every chart used in navigation and produced by entities such as the Admiralty, NOAA or others, is produced by people like me. Every pipeline, cable, drill centre, PLET, FLET, manifold, foundation base, pile or anything else in offshore energy and construction that goes subsea is put in exactly the right position by us. Our discipline is complex, skilled and requires a long chain of technology to be perfectly calibrated and seamlessly integrate.

I have done extensive front-line work across 4 continents, developing new methods, undertaking complex subsea installations in deep water, and developing procedures for both major oil companies and on many renewable projects.

On a good day, in turbulent water that can be thousands of metres deep, we can reliably position things to within a handful of centimetres (an inch or two).

I am floating an idea.

What would it take for Taiwan to invite the navies of Canada, the UK, the US, the Netherlands and others to each dispatch an official survey vessel down here to collaborate on an intensive programme of high-resolution geophysical, geotechnical and hydrographic surveying?  Starting with detailed tidal and water column current profiling, geotechnical sampling and SP 44 high-resolution bathymetry in areas where construction is planned.

This data could then be made freely available to any company licensed to develop in Taiwan. This would be an enormous benefit to Taiwan and to the projects.

Historically, hydrographic surveying was almost exclusively the domain of a naval fleet with dedicated naval survey vessels. Over time, and with the advent of more complex offshore construction requirements, the need for industrially focused hydrographers became critical and so we are embedded as a critical part of all offshore construction projects globally.

Many of the best surveyors I have worked with are ex-navy, particularly from the Royal Navy, but also from Canadian and American Naval traditions. Other countries that tend to have a strong hydrographic background would be the Netherlands, France and some of the Nordic countries.

And, with the burgeoning Taiwanese renewable sector, many of us are here from countries around the world with a range of experiences.

When you study hydrography you will learn about certain bodies of water around the world.  The Bay of Fundy with its 14m world’s largest tidal range in Canada, the Torres Strait with its raging currents and shallow water that links the Indian and Pacific Oceans with their lopsided sea levels and many other similar locations with odd features. One of these we hear about is the Formosa Strait.

Any strait is known to be a complex system to work in. Common features of straits are strong tidal currents, strong winds, complex water column properties often with stratified characteristics, where depending on the phase of the tide you may end up with clearly immiscible layers of water from the sea surface down to the seabed. At other points in the tidal cycle the entire water column could be mixed up like a shaken cocktail. This difference has enormous implications for the successful deployment and installation of anything that goes underwater with stronger currents or unexpected conditions having enormously elevated risk profiles.

The Formosa Strait is characterized by strong currents, large tidal ranges and issues with seabed conditions. For instance, we see around a 4m tidal range on a slightly erratic diurnal cycle with, what looks to be a little like, a double high tide occasionally creeping in at Taichung Port. There are entire swathes of the West coast silting up and issues with sediment and benthic layers, uneven geotechnical seabed conditions and many other complex issues.

On the East coast of Taiwan, you have a rapid drop off to abyssal depths and this offers enormous potential for untapped energy generation from the thermal exchange from the oceanic convection currents, a bit like geothermal energy, but from oceanic thermals instead. For instance, could floating installations there using this energy source become green hydrogen plants, with regular tankers coming to offload production from FPSO style installations on the East coast?  This one energy source alone has enough potential to make Taiwan a net energy exporter at some point. This may be a long way off, but it wouldn’t do any harm to understand the conditions there.

Overall, there are lots of peculiar, interesting and useful aspects of the Taiwanese coastal and domestic waters that would be good to have a full picture of.

We have companies from all of these countries committing to contractual requirements to build these projects. We have seen that the physical conditions in this area are demanding. A good understanding at a granular level of the currents, sediment flows, water column characteristics and a good dynamic model of the entire area would be of great benefit to all parties.

Of course, this could be done in collaboration with universities and provide an excellent opportunity to solidify long-term knowledge and skill-sharing partnerships around the world with this wonderful country.

How would we go about developing the momentum to do this?  I am not sure, but I know it starts with floating the idea and seeing if anyone else likes it. I also think that commercial entities in the region working on these projects could raise the question with their government representatives to see if there is an appetite to support our work in Taiwan. We could also just have a conversation with the relevant Taiwanese departments to see if they would appreciate a collaborative approach to learning about their environment.

I also think this would be an excellent opportunity for the navies to engage in a joint exercise in the pursuit of scientific knowledge in what is one of the most fascinating marine environments, with such a strong contrast between the East and West.

To be sure there are obstacles to this idea and some might raise objections based on geopolitical sensitivities. However, I urge you to keep in mind that three years ago, nobody would have predicted the Baltic States supporting Taiwan overtly with vaccines and Lithuania defying the PRC by letting Taiwan open what is effectively a de facto embassy there. And who would have thought NATO, Japan and the G7 would overtly call out China (and in some cases explicitly verbally support Taiwan) on defense and security matters?

The envelope of what is possible is expanding for Taiwan, and there are many upsides to this concept for all parties. I ask for your support and engagement. Do not hesitate to get in touch to discuss how this concept could become a reality.

Kimberley L. Asher is a veteran of the industry, living in Taiwan.  She has around 3,000 days of working on heavy construction vessels around the world and is one of the most experienced hydrographers in the industry today.  In recent years she has been more focused on strategic consulting, senior management and operational excellence and has been an Offshore Manager, Site Manager, Senior Client and Adviser for a range of world-class companies as well as to several governments. She has a reputation as a fearless advocate for the rights of seafarers, as well as being at the forefront of developing an agenda of diversity, equity and inclusion in the offshore sector globally.

She can be reached at her LinkedIn profile here.