Unredacted So You Want to Do Business in Taiwan...

So You Want to Do Business in Taiwan... 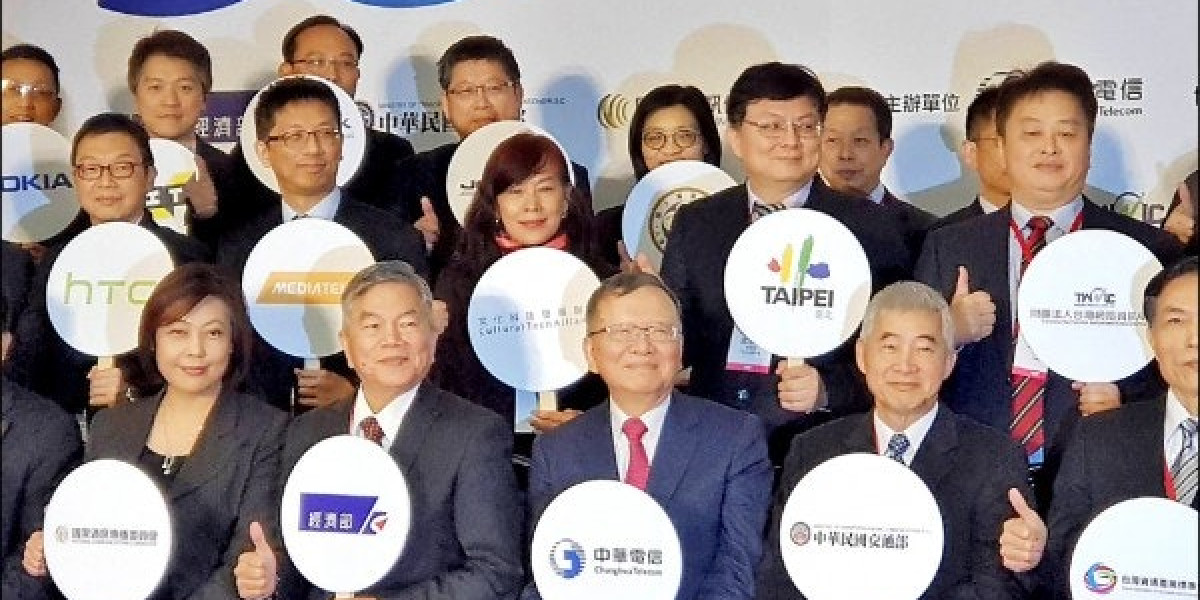 Here is a repost from Angelica's substack, sharing the secret ingredients of how to be successful in developing your business with a Taiwanese mindset. This article was originally published on Taipology, it resonates widely with people who are trying to get their heads around doing business in Taiwan.

I was on the phone with Holly Chu, my favorite lawyer and all-around badass, going over the grisly blow-by-blow of the current season of offshore wind farm development in Taiwan. COVID put a spanner in the works but there were plenty of self-inflicted wounds too. In the end, Holly broke from English into Taiwanese to say, “you know Angelica, to survive doing business in Taiwan, you have to learn how to Pua̍h-kám-tsîng (跋感情)”

I have a hard time translating that term into Mandarin, let alone English. But it is at the heart of how business, nay, anything gets done in Taiwan. Like, I get a little warm burst in my belly when I hear it. Literally, it means to “throw for affection,” which might be cryptic. But it makes sense…you have to put something of yourself on the table to build a relationship.

I would say “pua̍h-kám-tsîng” is the patient process of winning over somebody’s trust by consistently going the extra distance to show them that you’re on their side. It rarely comes in the form of an extravagant gesture or crude material enticements. Those would likely be met with mistrust or very transactional cooperation. Instead, it’s the little things that show you care, respect and understand that individual, and are worthy of being accepted into their hearts. 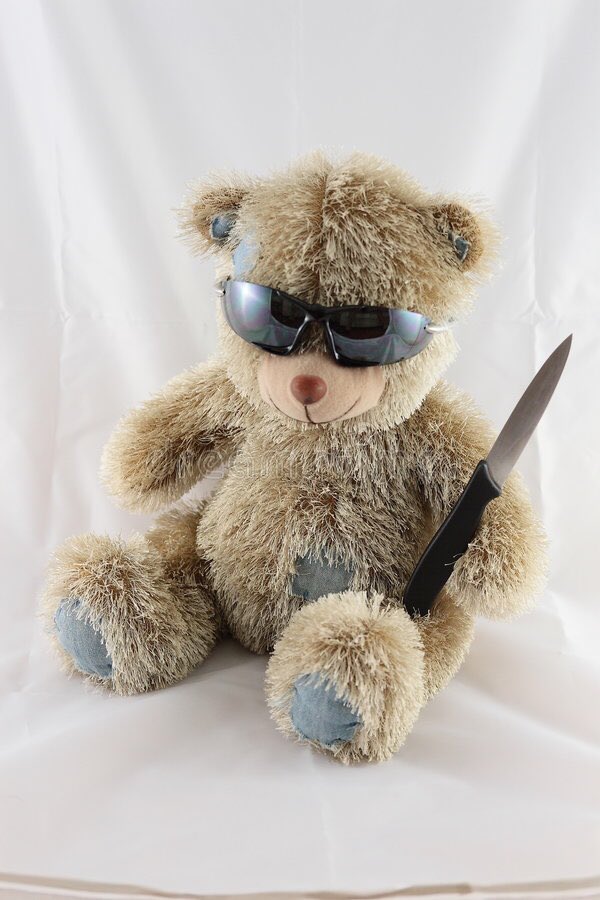 The Teddy Bear with a Shiv
So we talk of peach vs. coconut cultures. The US is the archetypal Peach culture. Friendly, helpful, insta-chummy, but woe would betide you if you mistake that for real intimacy from an American. Russia would be the poster coconut culture. Hard-nosed, perma-bitch-faced but if somehow you get in with them you’re IN. But fruit analogies fall short when you get more nuanced. In describing the Taiwanese, I would say that we are like a Teddy Bear with shiv.

(Side note: why are there so many pictures of teddy bears with knives on the internet?)
What I mean by this is…it is truly in Taiwanese nature to be friendly, sweet and agreeable. But when push comes to shove, we go hard. Did you do a good job of relationship building? You get the cooperative teddy bear all the way. You did not? You might get the shiv.

Arrogance will be punished
I’ve seen a German executive put the final nail in the coffin of his very expensive wind farm investment as he questioned Taiwan’s rule of law. The Teutonic arrogance was like a slap to the face. After the exec spoke, reams of reports landed on the conference table with a thud. All were conducted at the business' expense, proving that their wind farm was no threat to aviation safety.

“We’ve objected to this project since 2015,” said the CAA when I called them later.

What’s going on here? Holly broke it down.

“The Europeans are used to very clear yes/no legal structure,” said Holly, “my clients come to me with government administrative guidelines and principles and ask me…what is this? Is this the law? If it’s not the law, why do we need to pay attention to it?”

You ABSOLUTELY NEED TO PAY ATTENTION TO IT! How things are done in Taiwan is way more relationship-based and informal than it is in other countries. I’m not saying it’s ideal, I’m saying that’s how it is. The objection from the CAA was not a “yes” or “no” but a “maybe” and the communication needed to turn that maybe into a yes wasn’t done.

The Tiger Mom government
I once heard the government in Hong Kong (before they got completely chewed up by China) described as a referee at a soccer match. You can play as hard as you want, but the moment you break the law the ref blows the whistle. By contrast in Singapore, the government is more like an air-traffic controller. They want to know and control where you are, what you’re doing and exactly when and how you’re doing it.

The government of Taiwan is very different. It is super paternalistic. I’ve literally heard the Ministry of Economic Affairs say to a bunch of industry people “You all know the Ministry takes care of our Machinery Makers the most,” the way Mom might say, “L’il Jimmy is my baby even though his big brother gets all the attention.”

Like all Tiger Moms, the government is eager for the advancement of their little darlings, in this case, Taiwanese industry. And she thinks all of them are amazing. She wants our ship makers as well as our chipmakers to be the best in the world. Convince her that you will make the Taiwanese industry great, and she will roll out the red carpet for you. Things she likes: technology transfer, making more things for Taiwan to export, good-paying jobs. Things she doesn’t like: being called out for being protectionist and nepotistic (although she totally is.)

Taiwan’s chaotic road to riches
TSMC is the most valuable company in Asia and Taiwan’s successful COVID response could fool the world into thinking of Taiwan as a super-orderly technocratic state. But it’s just not. When you learn of the history of how Taiwan got rich, which you can learn in more detail from the book “Making Money: How Taiwanese Industrialists Embraced the Global Economy” the word that comes to mind is “scrappy.”

Taiwanese businesses first survived and thrived through tenacious ingenuity and little factories popping up out of paddy fields. It’s “oh hey I only have a primary school education but I’m going to start a radio-controlled model plane company.” Unlike the giant Korean chaebols or Japanese Keiretsu, Taiwanese businesses were more like little families with the Laoban, or boss, at the head. It’s so extreme that at one point one in 15 Taiwanese was a laoban. You couldn’t throw a rock in Taiwan without hitting a laoban.

“The Japanese plan a business venture like a military campaign,” observed Holly, “we Taiwanese just pick up and go. If the wheels fall off we’ll try and put it back on while the engine is still running. But who’s to say we won’t cross the finishing line first?”

In this hyper-competitive yet super inter-dependent atmosphere of constant flux, it’s no wonder that strong relationships became a cornerstone of success. And this is the case even after inevitable consolidation and some Taiwanese businesses DID get super big. It is our business culture. Even the mighty TSMC still relies on the ecosystem of small and nimble suppliers to help drive down development time for making new chips. The agility and flexibility of Taiwan’s supply chain were also why Tesla came to Taiwan to source components for electric vehicles that never existed before.

The more you love Taiwan, the more Taiwan will love you
The recent COVID crisis lead to this terrible situation where hundreds of crew were trapped on the sea with no way to get on and off the boats. Some of them are still there, breaking a hundred days of being stuck on a huge tin can and incurring truly staggering losses for their bosses as work cannot go on. The marine construction companies got together to write a heartfelt petition to the Bureau of Energy. When I read it, I asked the guy who drafted the letter…is there a Chinese translation?

“No, but don’t they have anybody who can read English at the Bureau of Energy?”

I don’t think I need to tell you what happened next…the petition to my knowledge was never responded to.

It is one thing if you are the customer, if you come to Taiwan to buy. You don’t necessarily need to know all those things as long as you have orders to wave around. But if you are actually doing business here, in country, I hope after reading this post you can do so with your eyes open because to make money in Taiwan you have to become a little Taiwanese.

When they make you stand in a line for a group photo with silly photo props, do it with a big smile on your face and thumbs up. Wave the Taiwanese flag and eat pineapple. When you make business visits, buy everybody in the office Starbucks Coffee (used to be always lattes but I think there’s a shift to iced Americanos). Do not be offended if people tell you you gained weight. Find local partners and take the time to cultivate that relationship. Don’t complain that things are not the way they are done at home. If you can’t handle the chaos and complexity, maybe Taiwan is not the country for you.

I’ll just end with a little anecdote. I always used to hate the onerous process of going into the Ministry of Economic Affairs…registering who I am, why I’m there, swapping my ID for the visitor’s pass. None of the other reporters seem to have to do it. I argued. I protested. It’s so unfair! Am I being picked on because Taipei Times’ circulation is so low? Then one day I realized the secret.

The reporters were going through the side door. The side door guy checked my card once or twice. Now he just waves me through.

If you’re coming to do business in Taiwan, you better make some friends and find the side doors.