Port Call on the Orient Constructor 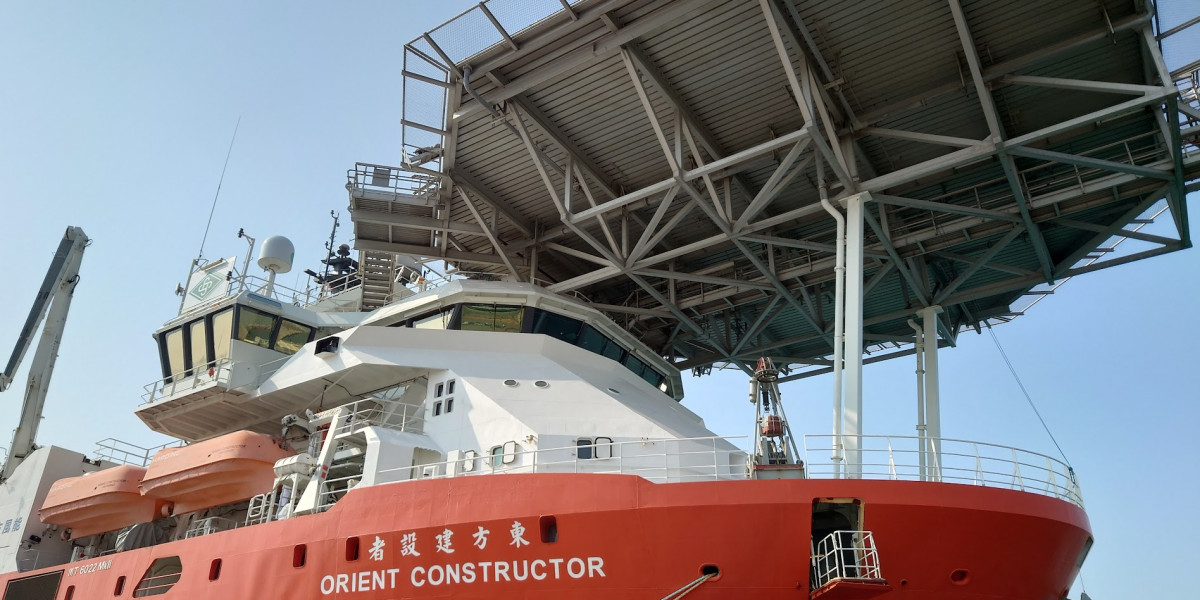 Ben Darrington of Dong Fang Offshore didn’t have to ask me twice if I wanted to visit Multi Purpose Offshore Vessel Orient Constructor. “She comes to Taichung ever three weeks for a port call…we’ll arrange your port pass.” OMG. I’M GOING TO BE ON A BOAT! SQUEEEEEE! Erm…I mean to say this was a good opportunity for me to learn more about offshore marine construction vessels, since I am a Very Serious Industry Reporter. 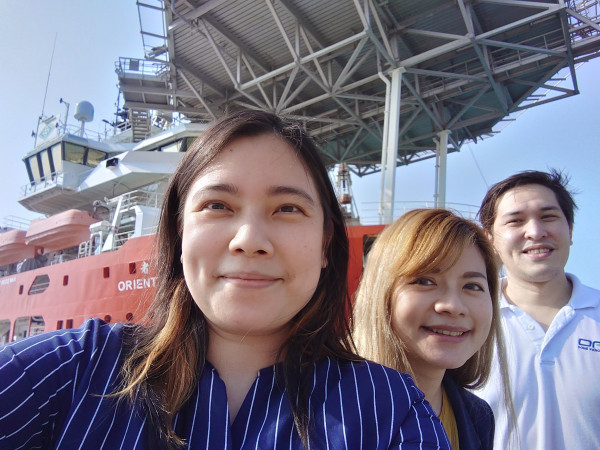 The Orient Constructor, formerly just plain ol’ “Constructor,” is a 8-year-old Norwegian-made vessel originally made for the oil and gas industry that Dong Fang offshore added to its fleet. There’s going to be quite a few like her running around the Taiwan Straits supporting wind farm construction, but she one of the only one that is Taiwan-flagged. And she was definitely the only one working all through the winter. Right now she is chartered to bring Hitachi engineers to service the turbines on Taipower I. Sometime in mid-April she’ll switch over to Formosa 2.

First order of business was getting a square meal on the “floating all you can eat” as Ben calls it.

It was a lovely spread with the tiramisu being a particular highlight for me! And the kitchen was immaculately spic and span right after lunch too. I asked Captain Richard, who just experienced his first Taiwanese winter in the choppy Taiwan straits how it was. “Oh, about the same as a North Sea summer,” he replied. As long as the winds are below about 45 knots the Oriental Constructor was out and about with no trouble. That is most of the winter, although January in particular was difficult. 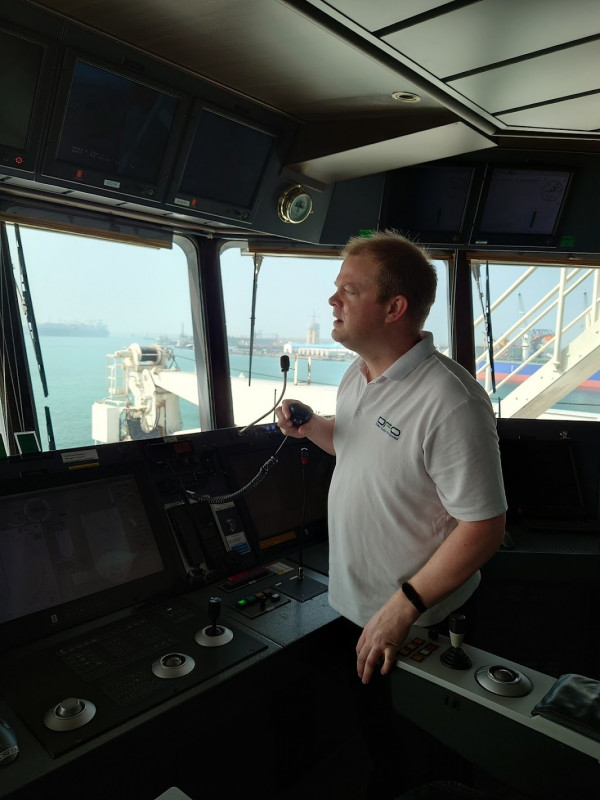 Here’s Captain Richard in his natural environment on the back bridge of the vessel. The Orient Constructor is a DP 2, or Dynamic Positioning 2 vessel. “Dynamic positioning” refers to the ability of a vessel to automatically stay in place even if it is being pushed about by the wind and the waves. A DP 2 vessel has more redundancy in place than a DP 1 vessel, meaning in the case of some failure the DP system can still do the job.

I don’t know what I was expecting but the bridge was a lot bigger than I thought! I had some fun sitting at the main navigation controls but got out of the chair in a hurry when things started beeping. (I swear I didn’t touch anything!)

The wheel of a modern vessel like this is about the size of a doughnut. There are also other directional controls for the thrusters. Captain Richard explained that the wheel of old-timey vessels actually had to be huge because it is directly connected to the hydraulics and you needed the leverage. Of course now that everything is electronic that would no longer be necessary. That’s what I love about my job I’m always learning something!

Sorry people whose cabins we invaded to take selfies! The simple rooms had two bunk beds and seems sound and comfy, but I’ll take the one with the armchair and the windows please! The Orient Constructor can berth 102. And there were plenty of facilities from conference rooms to rec rooms to sick bay and laundry to make it a veritable home away from home. There is even a reverse osmosis machine to make its own water for longer trips, although since she makes a port call every three weeks now that is not necessary.

On the deck we got to see the two of most important features on the Orient Constructor: The walk-to-work system and the 250-tonne crane. The Safeway walk-to-work system was installed in Taiwan after the Constructor was acquired by Dong Fang. It allows crew to literally hop off at the wind turbine generators they are working on with ease. The system doesn’t dock with the WTG, instead it hovers slightly over the platform. This ensures there are no docking issues. The crane can be used for geotechnical surveys and much much more. It has motion compensation. In fact, the only time we felt the vessel move at all during our tour was out on the deck when the crane was lifting a container. I could feel the vessel shifting slightly underneath my feet as the thrusters moved to compensate for the motion of the crane. 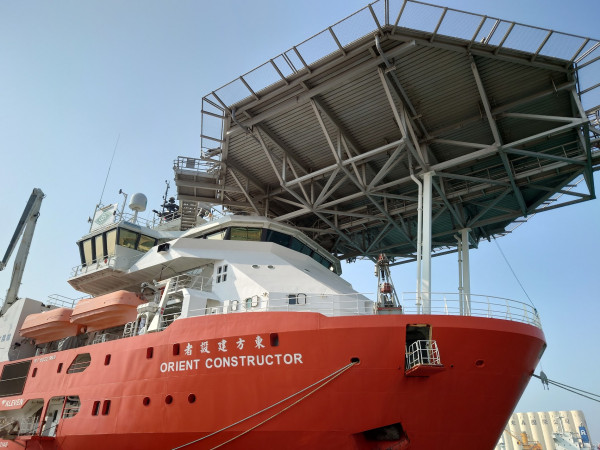 Bonny vessels like the Orient Constructor costs a pretty penny and Dong Fang’s strategy only makes sense if she can stay busy, said Ben. This means while the vessel does enjoy local content protection in Taiwan Dong Fang will be proactive in getting her to work elsewhere in the APAC region too. As such Dong Fang is working hard to keep the Orient Constructor, her crew and their best-practices up to international standards. Soon she will be joined by the Onyx, a similar vessel which boasts an even more advanced DP3 system and capable of doing some cable burying work in addition to crew transfers. By the way, the Onyx is looking for a new name! Suggestions to Ben please. Is Boaty McBoatface still available?