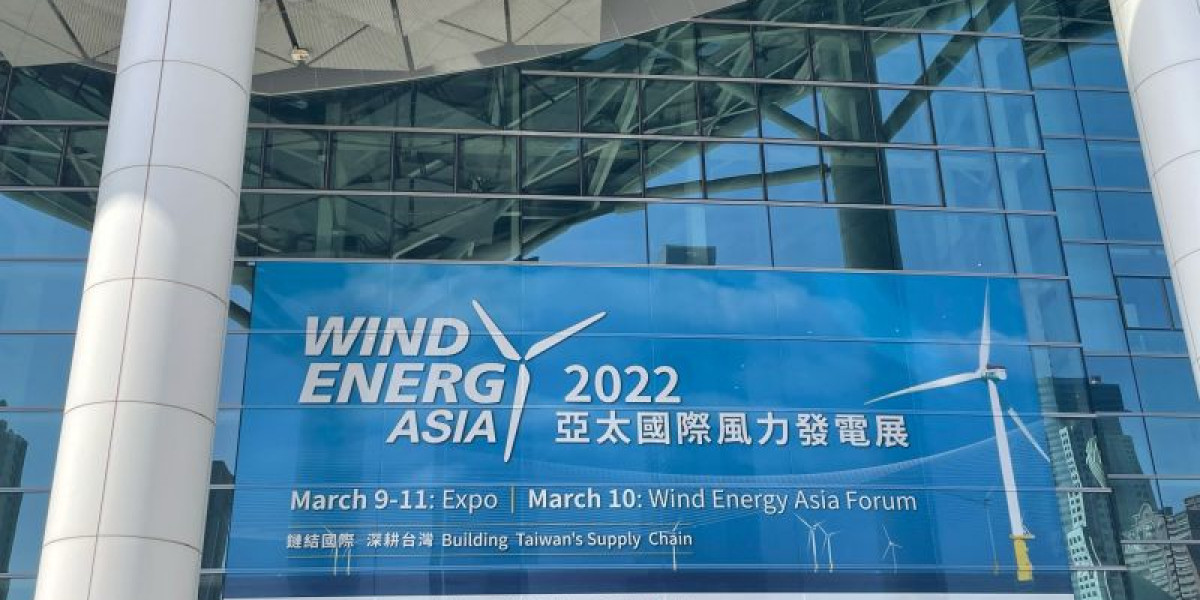 This report is a part of a 3-day Live-from series from the 2022 Wind Energy Asia show from 3/9 to 3/11 in Kaohsiung. Day 2 and 3 will be linked to this post after they are up. Unredacted will be reporting live all three days from Kaohsiung’s exhibition center…

There’s something that is instantly relaxing about getting out of Taipei, a city that probably has the worse weather out of all of Taiwan. Three days in the sunny port city of Kaohsiung in the middle of winter is a welcome respite indeed.

Wind Energy Asia, happening now at the Kaohsiung Exhibition center until March 11th, is the place to build relationships in Taiwan’s offshore wind industry. Situated in Kaohsiung and focusing exclusively on offshore wind, it has a flavor of an old-school trade show where suppliers and customers get to know each other, rather something like Energy Week up in Taipei, which feels more PR-driven by comparison. 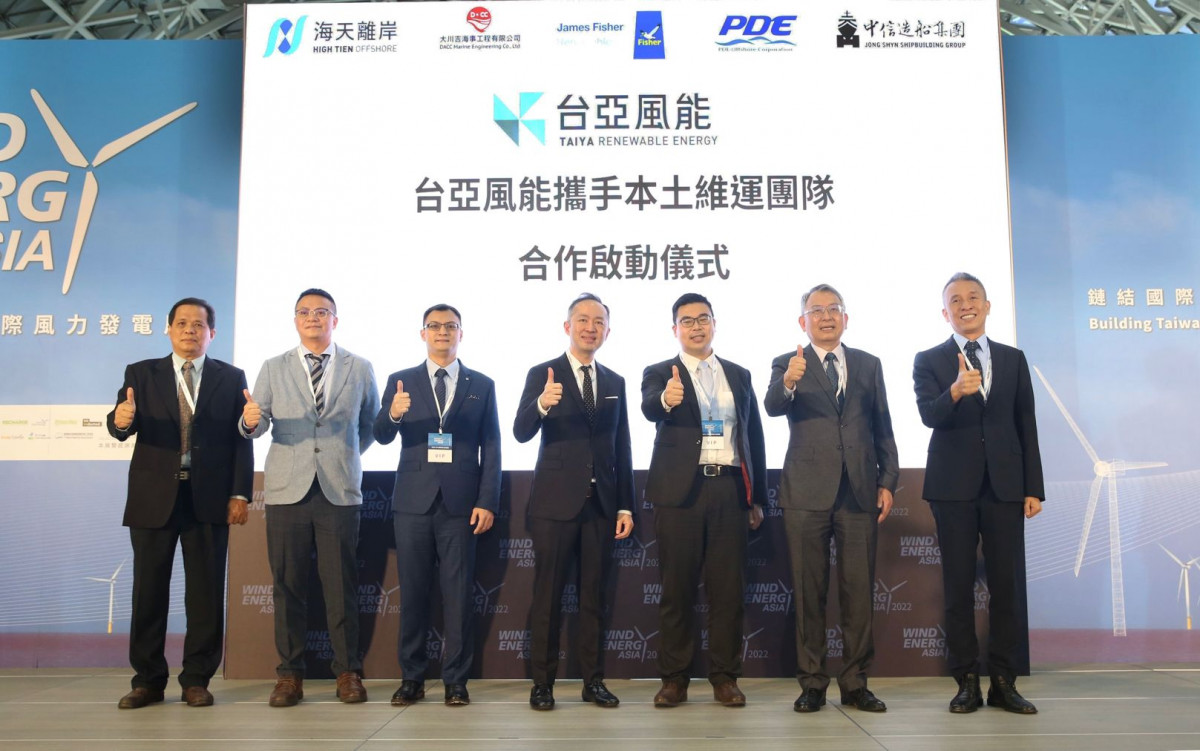 The big news that came out of this year’s WEA is Taiya Renewable Energy’s announcement of their support team, including partners James Fisher Renewables Taiwan, PDE Offshore Corporation, DACC Marine Engineering Co., High Tien Offshore Co., and Jong Shyn Shipbuilding Co. Taiya is a local developer with a very young team with the ambition to go into floating as well as fixed-bottom so putting together a capable group to support their offshore wind development activities is key. The presence of James Fisher Renewables Taiwan, which can draw upon the deep technical and operational experience of their parent company James Fisher Renewables, will be highly supportive. Meanwhile, the presence of the other companies, which are Taiwanese ship building and marine construction companies, is in line with the government’s localization initiatives. 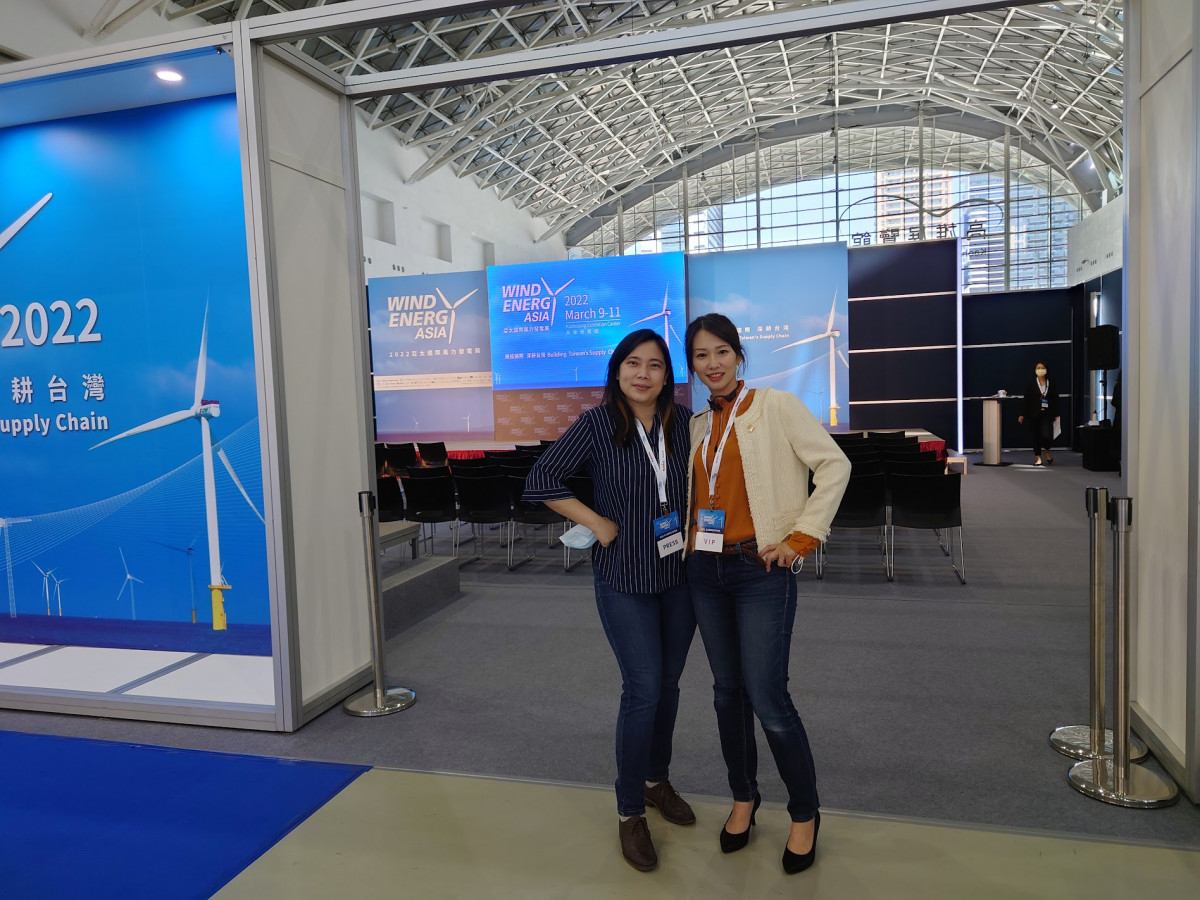 On a personal note, this is a very personally meaningful show for me. Last year, I was working for the Taipei Times, curious about the offshore wind business but without the ability to truly break stories in this space. It was only after I got out of Taipei and walked the show that I grew the network that ultimately lead to me quitting my job with the Taipei Times and starting Unredacted. Here I am with Eiger’s Senior Associate Holly Chu, whose talk truly helped me understand what Round Three was all about last year. Holly has been an indispensable source for me every since. This year her talk was about how to minimize your tax burden while working in Taiwan’s offshore wind industry. I’d say if you have any questions on that, Better Call Holly. 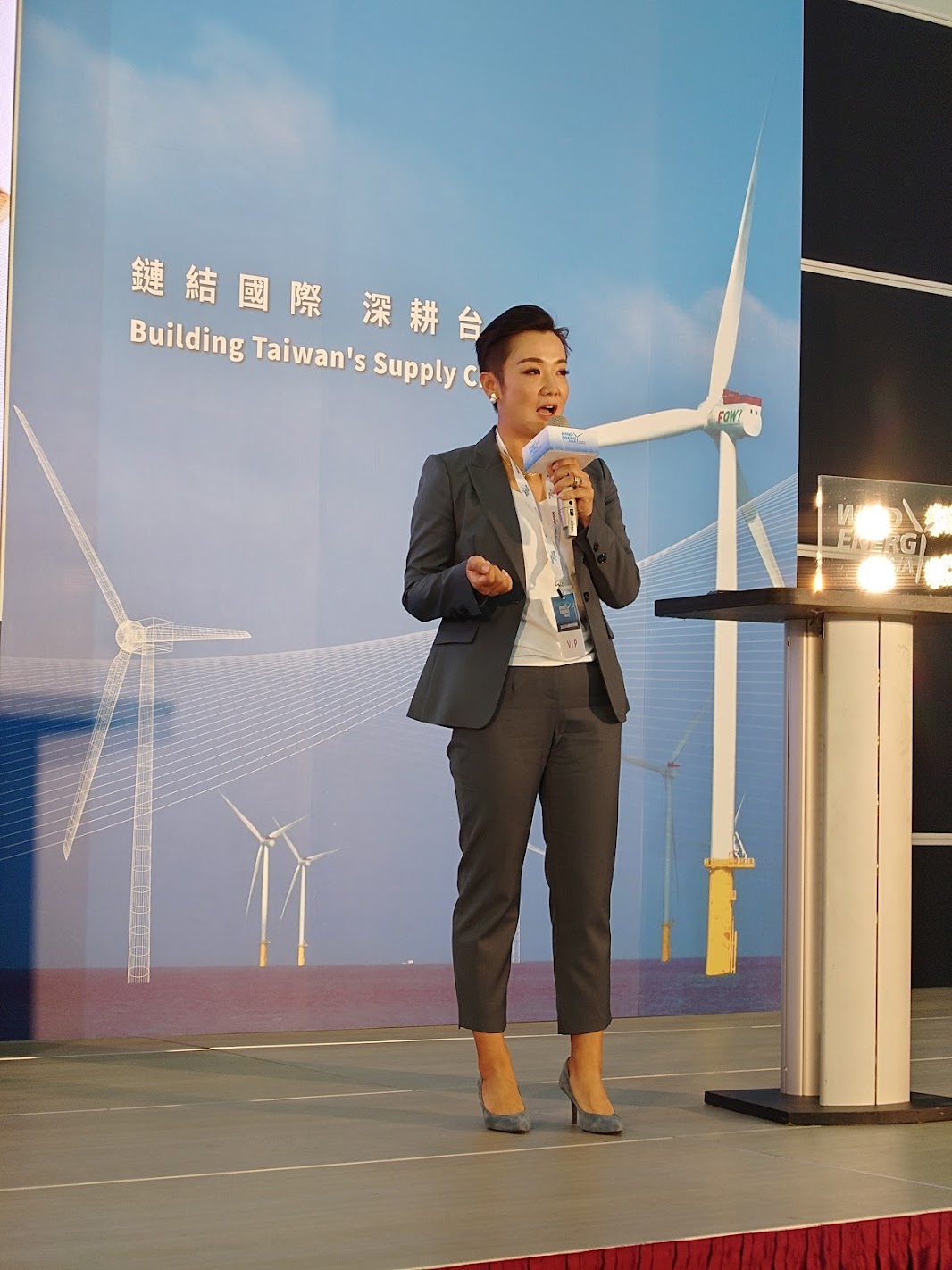 Monica Liu, Project Director of Northland Power of Canada, astutely noted in her talk that what appears to be a “shootout” for capacity in period 1 of Round 3 with intense competition could be less dramatic in the end than it looks right now, with the incumbent developers who have been in-country for a long time enjoying an edge over the newcomers as the localization requirements that continue in Round 3 give those who have been working with the local supply chains already in Round 2 a tremendous advantage. Monica also noted that those working in the Taiwan market should plan for delays. “Across Europe, no country has met its initial offshore wind capacity targets in the scheduled timeframe.” Taiwan, despite some known challenges, remain “one of the hottest offshore wind markets in the world.” 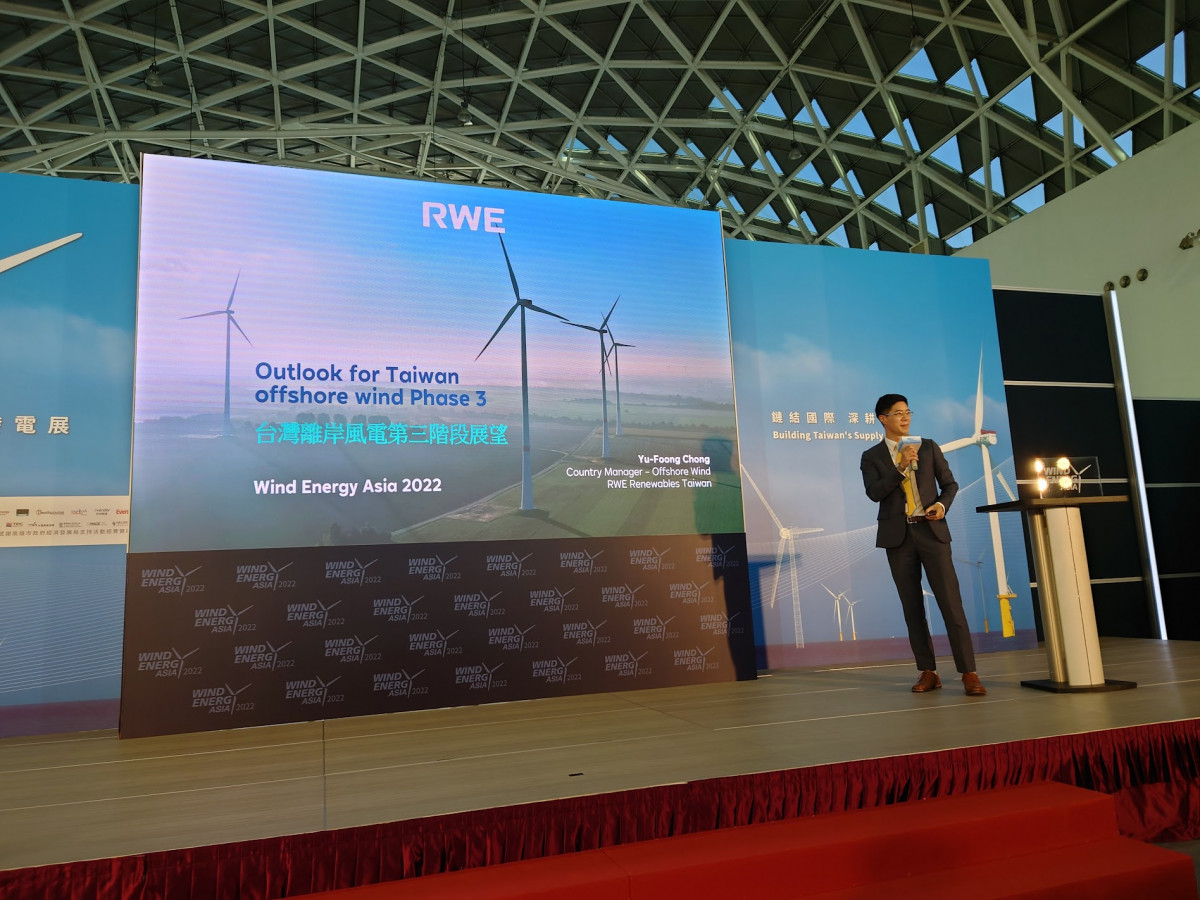 In Yu-Foong Chong, Country Manager of RWE’s talk looking ahead to Round 3, Yu-Foong noted that 38 percent of RE100 members would be relying on Taiwan to provide them with renewable energy for their global operations. And while Solar PV will still be the mainstay for delivering 2025 targets, after that, due to lack of suitable land sites, offshore wind will take over. He also exhorted the government to invest in a FiT-supported demonstration floating project to spur floating wind development in Taiwan. It will help other floating projects securing project funding. “Seeing is believing.” Before the Formosa 1 project there were a lot of question marks about the suitability of offshore wind development in Taiwan due to earthquakes and typhoons. But the fact that the project is standing and producing gives banks and other financial entities the confidence to invest. Taiwan cannot meet its Round 3 targets without pushing off into the deeper waters that will require floating wind turbines. 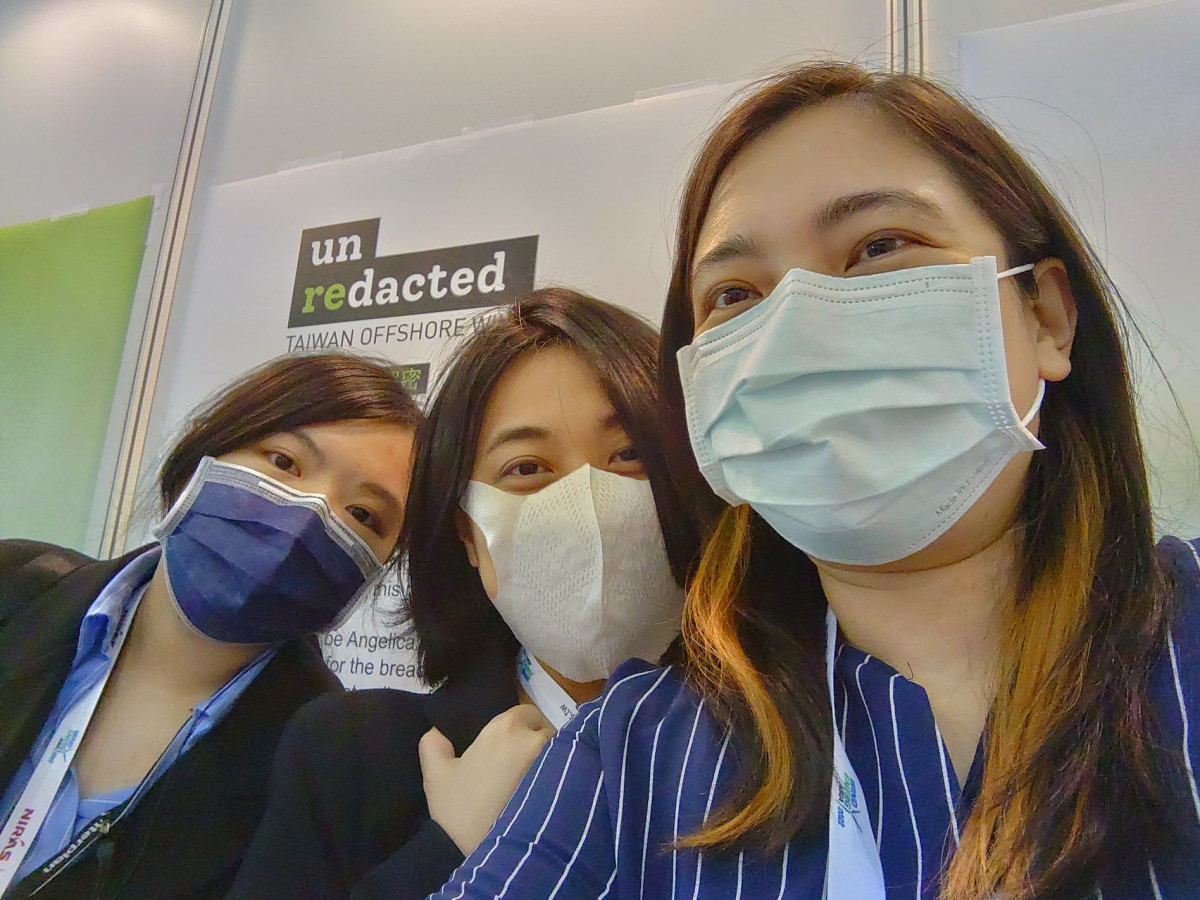 Big thanks to Venesa (middle) and Laraine (left), two of the organizers of the show. Come see me at the Unredacted booth D48 tomorrow and Friday! Except for from 2:40 to 3p.m., when I will be giving my talk on Export Discipline and localization on the main stage. 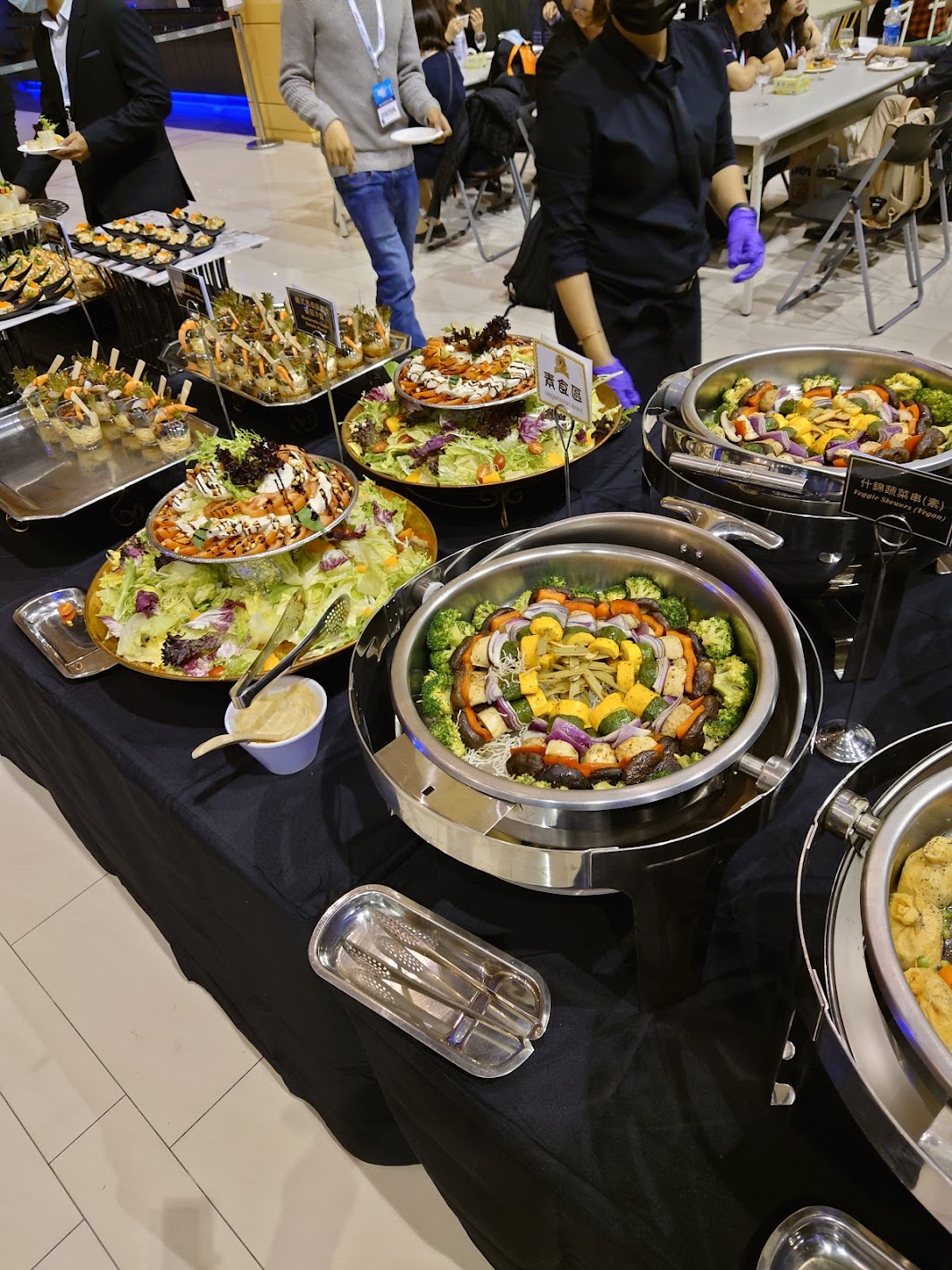 The evening ended with a fine spread sponsored by Eiger. Bring on day 2!