Unredacted Anatomy of a blackout

Anatomy of a blackout 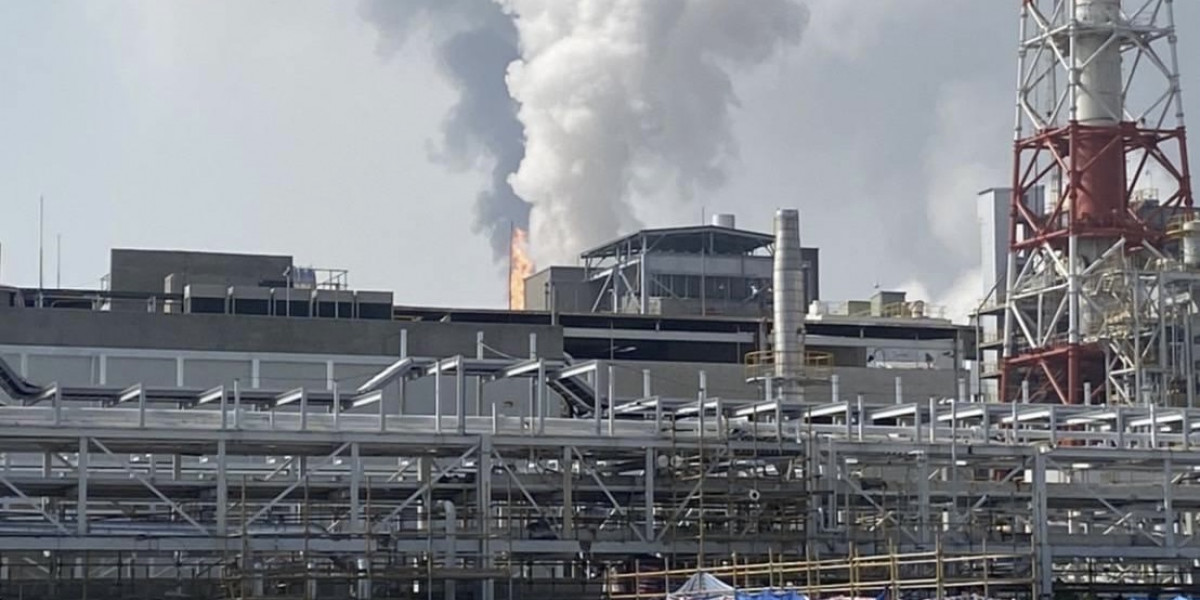 On the 3rd of March at around 9:10a.m., about half of Taiwan experienced unexpected power outages. The blackouts went island-wide despite the fact that the source of the accident was at Kaohsiung’s Hsingta Power Plant (coal powered). Luckily, Taiwan’s silicon enclave of Hsinchu was spared, or the cost to TSMC and other manufacturers who rely on extremely stable power for chip making could have been astronomical. As it is, the effects of the blackouts were embarrassing and profound. Former US Secretary of State Mike Pompeo was on a trip to the island and had to cancel a video streaming session for lack of power, and people were reported stuck in elevators up and down the island. Some areas in the south did not have power restored until well into the night. 5 million electricity users were affected.

You can see the dramatic drop in the grid through live data reported by Taipower: 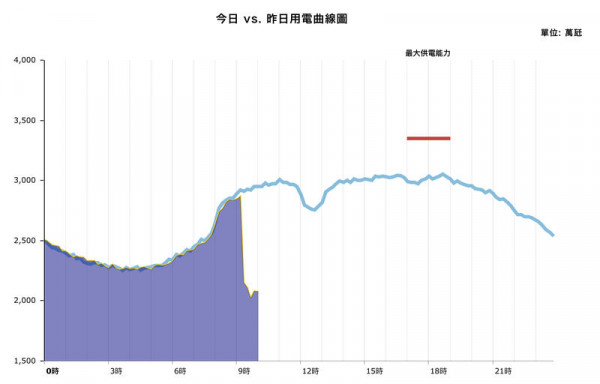 This is the fifth large-scale electricity outage of President Tsai Ing-wen’s administration. As Taiwan is staring down the prospect of a power crunch, nerves were frayed. But in reality this outage pointed not to a lack of total generation capacity but worrying grid resilience issues as well as worker training deficiency on the part of Taipower.

According to Taipower, the accident that set the whole train of events in motion happened at Hsingta Power Plant’s main output switch yard. As a part of maintenance the SF6 insulation gas was drained from switch number 3540. Meanwhile, another worker activated nearby switch number 3541 before the insulation gas was restored. this apparently caused a high-voltage short circuit and an explosion. 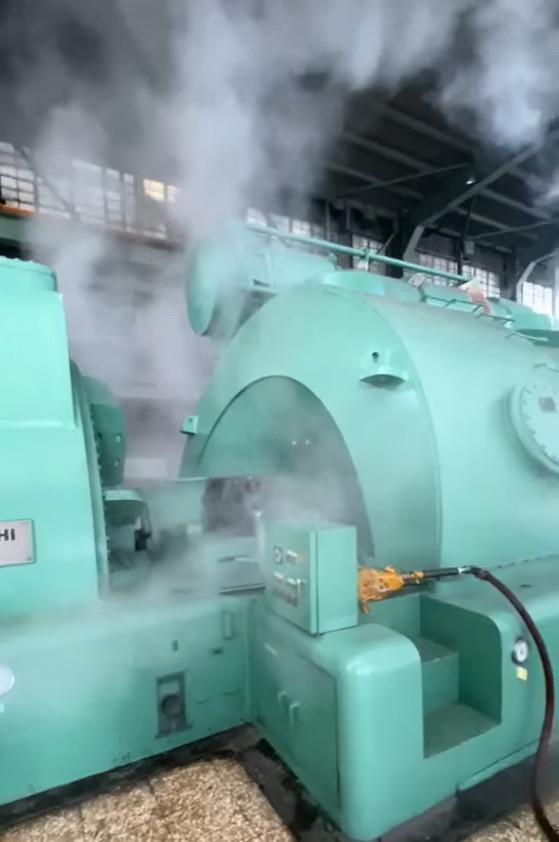 A photo from the scene shows steam escaping as the generation unit powers down.

Minister of Economic Affairs Wang Mei-hua was adamant that the accident did not cause an explosion, saying “it just went ‘boom’ one time.” However, if there was a loud bang, followed by fire, most people might agree an explosion of some sort is indeed what has occurred.

While the Hsingta Power Plant only accounts for 3 percent of Taiwan’s grid at most, there was an escalating effect throughout the grid. The north and the middle of the island started load-shedding in response to the dropping voltage and many power plants took themselves automatically offline. Some of those plants took longer than others to come back online again. In the case of the 3rd Nuclear Power Plant at Maanshan, it will be many days.

People are asking why Taiwan’s grid appears to be so fragile and why the same kind of mistakes appear to be made again and again. In 2022 alone, Taiwan suffered massive island-wide rolling blackouts when a serial bus malfunction at a high-voltage substation caused Hsingta Power Plant (same as in this incident) to come offline on the 13th of May. Just days later on the 17th of May, it was a hot day and Taipower miscalculated how much capacity to allocate, causing ore rolling blackouts. Lastly on the 12th of December,  the insulating oil at the Wanlong substation overheated, causing circuits to trip. We are not counting smaller incidents that are not island-wide but stil caused significant economic damage.

Is it time to go to a less centralized grid so that one failure point does not draw down the electrical system for the whole island? But Taiwan’s grid must be smaller than the grids of, say, Europe, which is continent-wide. There must surely be ways to preserve the merits of a island-wide grid, essential for power-sharing north-to-south, while limiting the damage on the downside.

Worthy of note is the state of Taiwan’s wind farms after the grid crisis. The following screenshot was taken late in the night on 3/3: 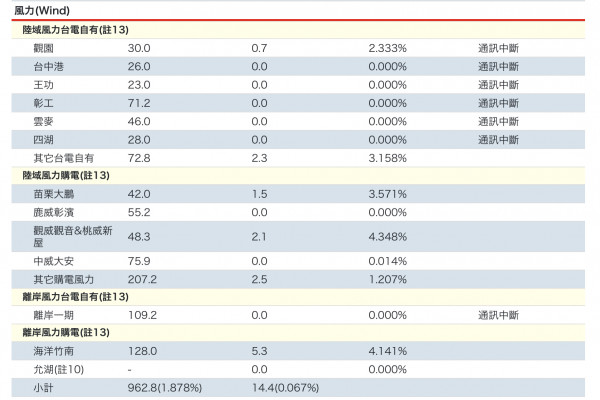 An unusual number of wind farms were not generating electricity at all, many with the message “signal lost” appended. We are in peak wind season and this is highly unusual. The fact that Formosa 1 is producing so little while both Taipower 1 and Yunlin are at 0.000% is especially concerning. Is this just low wind conditions, a réponse to the grid issues yesterday or something else?