Unredacted A Look Ahead to Round 3’s First Auctions

A Look Ahead to Round 3’s First Auctions 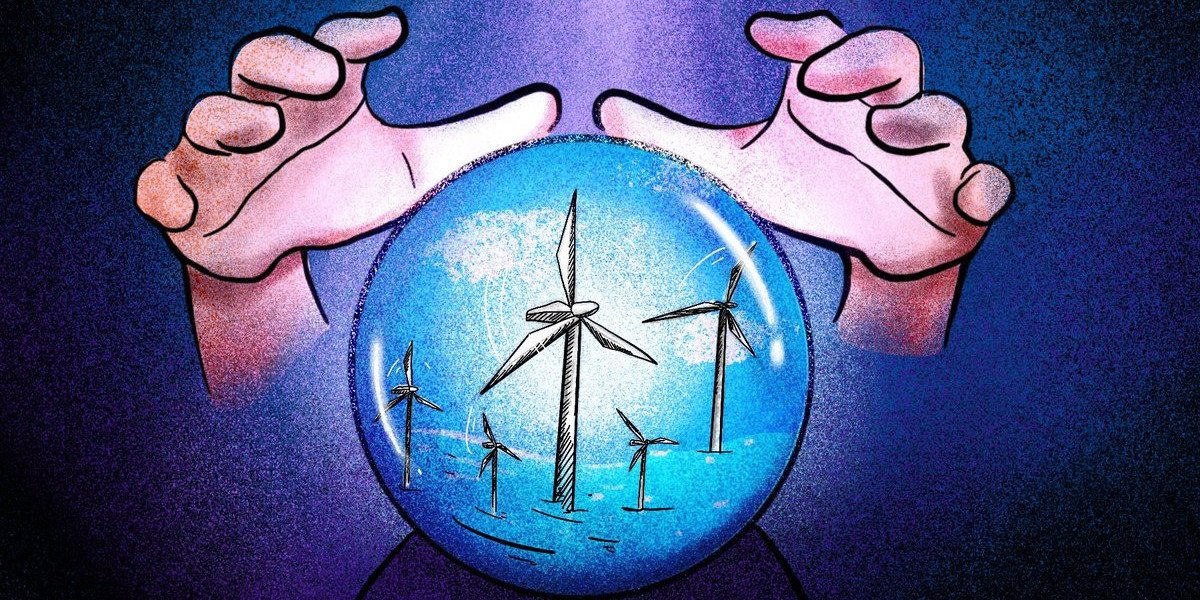 The final rules for Taiwan’s Round 3 of offshore wind development allocations have left some developers scrambling. The Bureau of Energy (BoE) did not finalize the rules until December 2021, with applications due by the August 31. Unlike previous rounds, the application process now starts with the “site recordation” requirement. This change may make it very difficult for some developers to get all their ducks in a row in time, according to Raoul Kubitschek of NIRAS in Taipei.

“If you were to ask me who’s ahead, I’d say, whoever already has the recordations at this point,” Kubitschek said.

“Site recordation” requires developers to secure pre-approval from each of the relevant ministries and agencies in the Taiwanese government before a developer can seek an Environmental Impact Assessment (EIA). While burdensome, this initial step will prevent issues like the one that halted wpd’s Guangyin project last year, when the company was unable to overcome aviation safety objections from Taiwan’s Civil Aeronautics Administration (CAA).

Local media reported that 11 projects have already received the recordations, for a total of 8GW, way higher than the 3GW due to be auctioned off in this years Round 3 Period 1 auctions. However, the auctions might not be as competitive as this headline figure makes it appear, said Kubitschek.

“It looks like four developers so far, one of which applied for a whopping 6.3GW,” said Kubitschek, “but with the current rules, each developers can only win 600MW max in the auction, meaning the auction is not oversubscribed, but undersubscribed by 600MW for the time being.”

Kubitschek feels it would be helpful if the BoE were more transparent with the recordation process, given the expense of the process and the competition among developers. “Now we can only find out by word-of-mouth who has gotten a recordation,” he said. “If the BOE could be more transparent, it would save us from drinking a lot of coffee.”

After receiving the recordation, developers are cleared to seek an EIA from the Environmental Protection Agency (EPA). The process, which typically takes six to nine months, is expensive, and there’s no guarantee that a developer will secure the site even after this investment of time and money. Multiple developers are in competition for the most desirable sites, and the recordation and EIA processes happen in parallel, even if the proposed project sites completely overlap.

For left-over Round 2 projects that have already received an EIA, a retroactive recordation will still be needed before they can proceed to auction. This threatens the viability of projects that ended up in the “no-go zone” map the bureau released in July 2021, which blocked off some promising potential areas from offshore development. The north end of the island became off-limits, as did most of the near-shore area of the western coast. Developers with mature projects in these zones may choose to still lobby for their projects, but it’s unclear whether exceptions might be granted.

If the no-go map continues to stand, floating wind may become attractive to developers in the near future. At present, the high cost of floating wind deters developers, and the Taiwanese government hasn’t been open to supporting a demonstration project with Feed-In Tariff. Without changes to the no-go map, though, eventually developers will be pushed into deeper waters, which would necessitate floating projects and perhaps the extension of fixed-bottom projects beyond the current limit of 65 meters in water depth. Kubitschek predicts that Taiwan might see floating projects proposed as soon as 2023.

Most developers drew up their lots before the 500MW limit was imposed. They may split larger lots into multiple EIAs and stagger their bids. Projects may also qualify for an extra 100MW capacity as a “contingency” if the BoE agrees that it makes sense from a space utilization perspective.

Kubitschek adds that we may see developers combining projects as a consortium after the auction.

Once the site recordation and EIA are in place, developers face the most arduous part of the application process: satisfying Taiwan’s local content requirements. To be eligible in the auction, developers must find local partners for both mandatory items and enough ‘optional’ items for the project to qualify.

“The localization process will be very tedious as well as perilous,” said Kubitschek. “The market is not as hot as it was in the past. Local suppliers will have questions.”

The auction price for those who make it through all three hurdles is capped at NT$2.49/kWh. However, if the auctions remain highly competitive, some developers have signaled the intention to submit a zero bid, intending to sell their production to a corporate end-user such as chipmaker TSMC, which has committed to the RE100 pledge.

The BoE previously told Unredacted that developers are expected to sign Corporate Power Purchase Agreements (CPPA) in order to sell their power at a premium, and to consider Taipower only as a buyer of last resort for overproduction.

In the event of a successful bid, a Round 3 project instantly becomes a hot property. Once approved to move forward, Kubitschek notes, “the project becomes massively derisked and could be an attractive prospect for players who have not yet shown themselves to buy in.”

However, the BoE is wary of developers who intend to sell rather than see the project through. According to Round 3 rules, the original winner (or winners of the bid in the case of a partnership) must retain at least 50 percent of the project. Even then, Energy Technology Division director Chen Chung-hsien notes that any sale must be approved.

The most interesting new entrants for Round 3 are local Taiwanese developers such as Taiya and J&V, who are new to the offshore market. While they do not have the technical track record of the other developers, Kubitschek considers them “not unserious,” given the significant financial commitment required. Chen agrees that these new players could be successful, though he adds that they will need to secure competent technical partners and consultants.

Here is the Unredacted take of the players who will be vying for a project in Round 3a auctions (for projects in 2026/2027):

Asia Cement Company (ACC) – Local company ACC is a part of the Far Eastern Group. It is developing the 448MW Chu Feng Offshore Wind Farm and was joined in 2020 by RWE in the project. The project received its EIA in Round 2, but falls in a no-go zone due to proximity to a military airport, which could be a hurdle in the recordation process.

Copenhagen Infrastructure Partners (CIP) – Denmark’s CIP is already participating in Round 2 with the 589MW Changfang Xidao project, and is also partnering with China Steel Company in the 298MW Zhong Neng project. CIP is 25% owned by turbine maker Vestas. The company already has a prominent footprint here in Taiwan and has stood out from the pack of developers by championing localization.

EnerVest – A subsidiary of German-owned InfraVest group. The company is tasked with InfraVests energy-related developments in Taiwan. InfraVest previously worked on onshore projects and PV as well as offshore projects that it sold off with the team intact to Germany’s wpd group. (EnerVest and wpd Taiwan are now completely separate entities.)

Iberdrola – Spain’s Iberdrola is a new entrant for Round 3. Currently represented by the Renewables Consulting Group here in Taiwan.

J&V – A local Taiwanese developer formed in 2016. J&V got its start in PV projects. In addition to participating in Round 3 auctions in offshore wind, it intends to get into the power storage and power trading platform business. J&V chairman Lai Chin-lin is a former legislator from the Democratic Progressive Party.

JERA – Japan’s JERA is a joint venture between TEPCO FP and Chubu Electric Power Company. It bought into the Round 2 376MW Formosa 2 project, of which it is now the 49% stakeholder.

Macquarie’s Green Investment Group (GIG) – GIG is owned by the Australian Macquarie group. It is a 26% stakeholder in the Formosa 2 project.

Marubeni – The Japanese trading house is experienced with working in Taiwan in the renewables space with a US$100 million purchase of Chenya Energy, developer of offshore solar. It will be a new entrant in Round 3.

Northland – Canada’s Northland Power entered the Taiwanese market early, landing in 2016. It is the 60% owner of the Round 2 1,044MW Hai Long project. Hai Long will be the first project in Taiwan to deploy the 14MW ​​SG 14-222 DD mega turbine.

Orsted – Denmark’s Orsted is a 35% owner of Round 1’s 128MW Formosa 1 project, the first demonstration offshore wind farm in Taiwan. It is developing the 900MW Greater Changhua 1 and 2a project for Round 2. Orsted also made waves by inking a ground-breaking CPPA for their 920MW Greater Changhua 2b&4 project.

RWE – The German energy giant joined ACC as a co-developer for the Chu Feng project in 2020, relatively late in the game. Considered a top three developer in Europe, it has financial strength and technical chops. But given the later start, its projects, apart from Chu Feng, could be less far along in the pipeline.

Swancor – Local developer Swancor Renewable Energy is 95% owned by US-based Stonepeak Infrastructure Partners. A participant in the Round 1 Formosa 1 project, Swancor is the most mature and experienced “local champion.”

Taipower – The state-run utility is unlikely to wade into another Offshore Wind development project after the difficulties encountered in its two previous projects.

wpd – Germany’s wpd acquired the ex-Infravest team and portfolio of offshore projects and came in first in Round 2’s selection phase. It has seen setbacks and bad press since with the loss of the Guanyin project and severe delays in the 640MW Yunlin Offshore Wind Farm. However, with a 1+GW signed CPPA in hand, wpd should be going into Round 3 auctions with some confidence.

Which of the following developers do you think will win a project in this years Round 3 auctions? Pick up to six.

This Poll has Ended